The textile industry at Triangle

The woollen textile trade originated as a home-based industry run by many farming families who lived along the Ryburn valley hillsides. During the first phase of the Industrial Revolution 1720 - 1850 most textile mills were built beside a river to take advantage of water power. In its heyday, there were thirty eight mills in the Ryburn valley. Early working conditions were dangerous and unattractive but family-based textile workers could not compete with mass production. The mills forced the demise of home based working, at the same time providing work for local men, women and even young children.

The river not only powered the early mill machinery but also carried away domestic and mill effluent. The River Ryburn was highly polluted late into the 20th century and there are reports of the river water turning dramatic shades of colour, reflecting those used in dyeing processes in the mills. Quite often, mill machines downstream were damaged by discharges from mills further up the valley.

Stansfield Mill from above the railway station, taken about 1920. The station is in the foreground. The roof of Stansfield Grange, with smoking chimneys, can just be seen in the centre of the photograph among the trees. 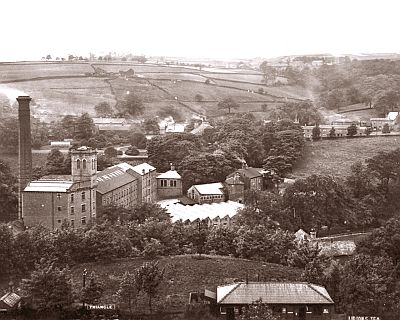 Stansfield Mill was constructed in the early 19th century, replacing three smaller flax mills at Triangle. It was built by the Stansfield family, near Grassy Bottom on Stansfield Mill Lane, one hundred yards from The Lodge. Stansfield Mill was a cotton mill in 1830 for a short period of time, and silk dressing took place here between 1845 and 1851. The first steam engine was introduced in 1940. 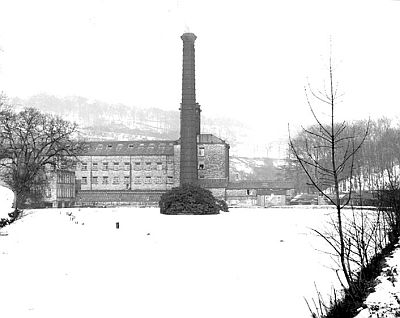 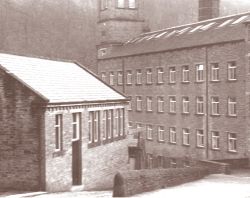 William Morris took over the main mill in 1845 and established a wool processing business, which was its sole function until its closure. In 1865 Morris bought the mill complex outright along with many cottages, including The Lodge. In the next few years he improved the dam and a substantial four-storey mill was built in 1888, with a 120 foot chimney. In 1865 Morris was employing 400 people and by the 1890s there were 600-700 people working in his two mills at Triangle and Corporation Mill in Sowerby Bridge.

The period 1850 - 1900 saw a second wave of industrialisation when legislation was passed and attempts were made to improve the very poor conditions in the mills and the living conditions of the workers.

Stansfield mill and pond taken about 1890

Following the recession after the first world war, the Morris family business became part of Illingworth Morris and Co Ltd., and by 1944 many of Morris' properties were mortgaged.

In 1958 the Illingworth Morris headquarters moved to Saltaire following the buy-out of Salts Mill. From this time on there was a steady decline of production both at the Triangle mill and in local support industries.

The peak production time at Stansfield Mill was in the 1950s, when Illingworth Morris' fibres reputedly produced the most expensive fine worsted cloth in the world. During the 1960s however, demand diminished as synthetic and lightweight fabrics were imported at lower cost, and production at Stansfield Mill ceased in 1970.

The mill remained empty for fifteen years, although some of the smaller buildings were used by small businesses, and the main four-floored building and the chimney were demolished in 1985. Corporation Mill In Sowerby Bridge also closed in 1979.

Two men can be seen on top of the 120 foot chimney starting the demolition. 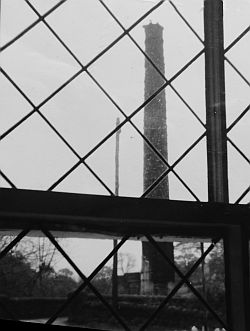 Between the 1940s and the 1970s, Illingworth Morris was controlled by Isidore and Maurice Ostrer who were majority shareholders in the company. As well as textiles, the Ostrer brothers had  investments in Gaumont British films.

Upon the deaths of the Ostrer brothers, Mrs Pamela Mason, Isidore's daughter and her son Morgan inherited control of Illingworth Morris. Pamela was the ex-wife of the film star James Mason. In 1979 the Company was in financial difficulty. Mrs Mason was determined that Illingworth Morris move their headquarters to America. 'I want to get this company off its butt', she is quoted as saying. She dismissed auditors, bankers and stockbrokers and appointed people who had no background in textile manufacturing to the board.

Donald Hanson, who was Chief Executive of the Company, tried desperately to turn the Company around, at the same time challenging Mrs Mason over her attitude to UK textile manufacturing and the relocation of business to America.

Mrs Mason eventually sold her shares at a loss, and after Donald Hanson's retirement in 1980, Alan Lewis became Chairman of Illingworth Morris. Under his guidance, the Company paid off its debts of £50 million through asset stripping. He took the Company off the stock market and as manufacturing declined, he concentrated on the most valuable assets, which were properties. He also formed an investment bank and is now a multi-millionaire. He was awarded a CBE in 1990.

An unusual clock at Stansfield Mill was driven by dripping water. It had a 12-foot pendulum, and part of the mechanism was a miniature water wheel. It is believed to have been built before 1870. The clock is currently being restored by volunteer engineers at the Calderdale Industrial Museum. 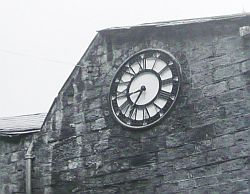 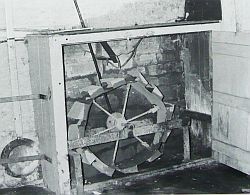 In the late 19th century, legislation was passed to protect the health and safety of women mill workers.  The most significant acts to affect women were;

The fifty years between the 1920s and 1970s were a time of rapid empowerment for women. Women obtained the vote and contraception, available to married women, introduced choices about whether to have children or not. Domestically, electric appliances and machinery made a huge difference to women's experience in the home and at work, freeing up time for leisure pursuits and opportunities to develop careers. Electricity and advances in engineering also made work in the mills cleaner and less strenuous.