The contrast between urban mills and those in rural settings was not lost on the hostel women. They appreciated living in a beautiful big centrally heated house with well cared for gardens, in rural surroundings where it was a pleasure to relax and enjoy themselves. 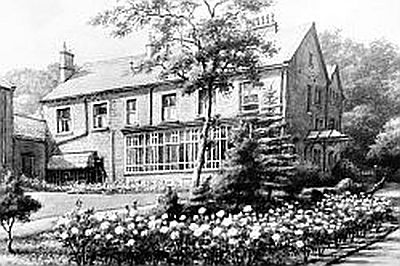 'The hostel was a beautiful old house with a sun room and absolutely beautiful gardens.' (1950s)

In the 1920s there is a report of having to go to Sunday School in the morning, but afterwards a weekly treat was to walk up onto the moors or in the woods.

'The food was adequate for them days. It was all rationed but we never seemed to go hungry. My favourite meal was bacon, canned tomatoes and fried bread - with a scoop of grease over the top.' (1940s) 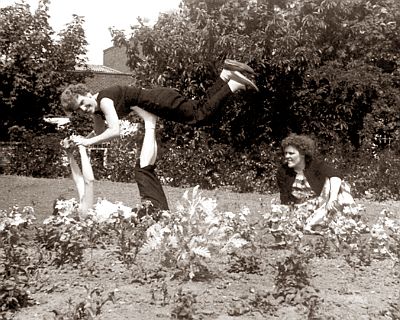 Improvements were made to the Grange over the years for the benefit of the women. In 1943 an extension provided seventeen new bedrooms and bathrooms to all three floors, a drying room and a recreation room on the ground floor. In 1950 a sun room/lounge was added to the original building.

Baths were a particular luxury. In the 1930s baths were usually a weekly event,  but by the 1950s the women could have a daily bath if they wished.

'There was a row of baths with curtains [but] if there was a dance on we were all rushing round ... [We'd] flip the curtains and there we were in the 'all together'... washing our hair and making up.'

'It was noisy but the camaraderie among everyone was great.'

In the early days (1920s and 1930s) the young women had to do all their own laundry and assist with the cleaning.  This was a task that was not enjoyed especially before electricity was installed in the Grange and washing machines became available.

With the installation of modern appliances in the early 1950s, the women had their work overalls and bedding laundered for them and hostel cleaning staff did most of the cleaning. The women still had to wash their own clothes until 1943 when the drying room was installed in the new extension.

There are stories of younger sisters being allowed to live and work in the hostel even before they were fifteen. They were not allowed to work in the mill in the1950s, until they were seventeen years of age, so they were initially employed as kitchen staff and cleaners.

There was a strong community experience of 'sisterhood' with younger girls being supported and befriended by older women. Many of the women married local men, so they were able to maintain the close friendships formed in the hostel, meeting up regularly for the rest of their lives.

'You canna keep a family on a loaf, but if you share you can have a party.'  This saying from one of the women in the hostel in 1950s is typical of the caring and sharing culture of the hostel.

'We had a good trading system... [We] used to lend or swap things. I would trade my fags allowance for ironing or cleaning.' (1940s)

Clothing was in short supply and rationed into the 1950s. Many women at the hostel would make their own dresses from recycled material found in the markets. 'Miss Hughes let me use her sewing machine in her little sitting room.' They frequently helped each other with hair washing and styling and saved for 'hair dos' on special occasions. 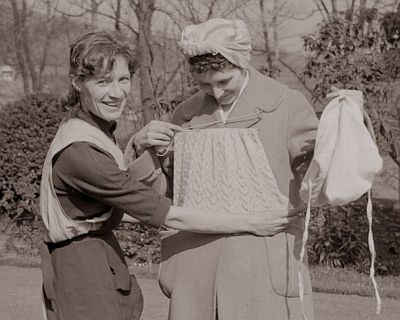 There was always plenty of noise in the hostel in the evenings and weekends, with records being played and the young women singing and dancing. There was a telephone half way up the stairs on a landing and frequently there would be a queue of girls wanting to organise dates. Few families had telephones in the early days so letters had to be written home, often with the 'ten bob' postal order.

The hostel women admit they were noisy and unrestrained, and during their free time they made quite an impact on local people. They always went round in groups and would return after dances singing and dancing down the main road.

We all know our manners. We work hard for our tanners.

We are respected wherever we go.

When we walk through Triangle doors and windows open wide.

You can hear the neighbours shout 'Wilkies let her angels out'

We are some of the girls

Many hostel women were musical and creative. They wrote poems and composed a hostel song which they often sang as they returned home after evenings out. They would swing in a line from side to side across the road with their arms around each other's shoulders. 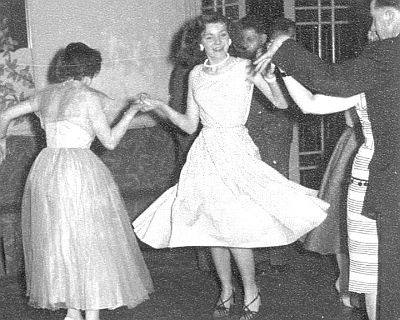 In the 1940s they even put on a variety show. Buses were made available to take them to other mills in Bradford and Bingley where they would entertain mill workers during their lunch hours. They also took part in local charity events, challenging male mill workers to a football match in 1960s.